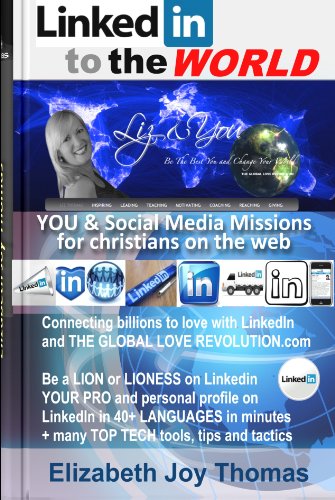 
They want to see others talking about it, before they themselves will feel encouraged to start speaking about it. Those answering the call to be in the trenches of the Light-service community are there to be those voices, and to be the example that others are looking for. This is our service. I personally believe that there is more protection available for people choosing to speak up.

Can I prove this? Not likely in a way that will make sense to the general population. The only tangible proof I can offer, if one chooses to call it this, is the fact that there are now tens of thousands, perhaps even hundreds of thousands of people worldwide who are now talking about the lies, frauds and crimes Whereas people were killed years ago, this practice cannot be kept up with.

Social Sellin' - What is the best time of day to post on LinkedIn?

Yes, some souls have departed Earth in higher service, having defended the right for people to know the truth. This is part of being in service, and of knowing that we are all one. What one does for another, one is ultimately doing for oneself, because be are all ONE. Facebook may, or may not, attempt to force people to consent to some alleged new rules for These rules may or may not be a hidden consent to allow intelligence agencies to spy on you.

They can already do this anyway. As more awaken, their power weakens. Humanity is discovering its power in its collective consciousness All they are doing is holding a vision for freedom, health, truth and true peace for all. The Universe and its magic takes care of the rest. This coming year is about making the conscious choice to begin creating that which one is claiming to want for oneself or humanity. If we want protection and change Those choosing to serve in the trenches must find the power, courage, faith, trust and love to stay in the trenches and know that they are there for the purpose of helping as many as possible to awaken.

It would be easy to go to a social network and preach to the choir of those who already know what is going on.

It is harder to be love and truth where those are not present. The risks and the rewards are greater. Although I choose not to experience anything fearful, it is hard not to have some feelings of fear I cannot tell you what to choose, although I hope this week I may have offered some food for thought to aid some of you in truly creating from your power and your truth in BEING for !

I do not often ask for assistance, but it would mean so very much if you would be willing to consider placing CVN on your donation list this upcoming holiday season. I thank you for your consideration of this, and send blessings to each of you for health, joy, protection and. To support via PayPal, please click 'Donate'. With the comments by SuperGuitarman Plans New Movie. By way of an announcement this week, I would like to share that the team of InLight Radio will be taking on some changes in the coming few weeks.

We are currently testing a new platform, and a tentative date for launching on the new platform is 09JAN. This will be with the CVN broadcast. I will be providing details as soon as possible for how to access the show. CVN will likely be broadcasting on both platforms for a couple of weeks, to help people make the transition and also to allow for any technical issues that may pop up.

InLight Radio will also be changing its name to InLight Universal, to reflect the greater role that our team is envisioning in the future using more than just one type of media for communication. We are looking forward to creating a better service and better quality platform to share our work for global change and healing!

On another note, I would like to take a quick moment to acknowledge the approximately forty-five people who have donated to CVN over the past year. A few of you have felt badly that you could not donate more. I would like to affirm to you right now, that even though what is being shared may be a small amount in numerical terms, it represents a significant amount in what you feel you are able to share at this time! Please know that I value and honour anything that comes from the heart.

I have been blessed to have nine or ten people who have contributed greater amounts over the past year because their circumstances may have allowed for that. Several of those have even donated two or three times, even on the 24th and 25th of December. That some of you took a few minutes away from your families and loved ones over the holiday to think of me means so very much!

Karen and the team at The Hope Chest have played a hug role in allowing me to continue my service over the past year, so to any listeners who have contributed to The Hope Chest, I thank you for supporting this project. 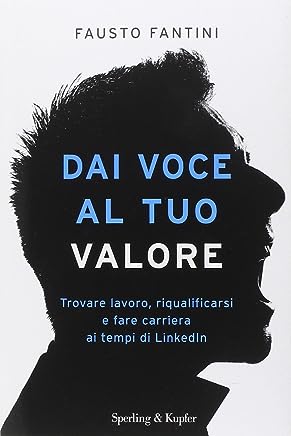 You have helped me over the past year also. Several people have graciously offered me their services also, so I offer a heart-felt thanks to Marco, Christina, to Elle, Julia and also to my colleagues with InLight Radio.


Of course I am grateful to have a wonderful and loving family who understand and support my service and my work for global change, so I thank my mother Dedi and her partner Dave and also my sister Sue and her husband Roly in particular but also the many cousins who are in their own ways helping to promote global change and healing. It is my prayer that the coming year will allow me the opportunity to begin visiting and connecting with many of you personally, as we move even more into the energies of co-creating this New Earth, with a consciousness that is in service to humanity, our planet and our galactic families!

With so many people offering incredible gifts and services to the planet at this time, the fact that you are even willing to choose to share your precious time with CVN and with me leaves me humbled.

Thank you for inviting me into your homes and into your lives in this moment of 'now'! Journalism is a profession that often requires a lot of ego, and as many are now witnessing, a lot of sacrificing of one's morals and ethics - assuming that the journalist had those in the first place. It was the main reason I walked away from the broadcasting industry. I had applied for an on-air TV news position at one of the few small-town TV markets in the province of Ontario, if not the entire country of Canada.

It was considered the prime training ground, and I was nurturing dreams of being a TV news anchor, and sitting in the chair of the national news anchor at the company I had been doing an internship at, leading up to my graduation. During the interview, I was told that the manager had narrowed it down to two people, and that I was one of them. He called me a few days later to tell me that I did not get the job. By pure chance, I was talking to a woman in the journalism program at Ryerson University in Toronto where I was studying the Radio and Television Arts program.

It turns out she had applied for the job, was told the same story and that she did not get the job either. I caught the manager in a lie, and I called him out on it.

He admitted that he was being pressured to hire the son or the nephew of someone who was a part of the company that owned the station. I told him that this was not a very honourable way to do one's job. He didn't have the courage to be honest.

A short while later, I was offered a job with an airline, loading and unloading aircraft - a far cry from an anchor desk, but I thought it would allow me to travel, and maybe eventually become a foreign correspondent, which could be a faster ticket to the anchor desk. Within two weeks of starting with the airline, the manager at the TV station called me back, and offered me the job.

Suddenly, I was faced with what may have arguably been the biggest choice of my life up to that time. I could stay in the airline job, even though it was part-time and stay true to my morals and ethics, or choose to sacrifice my morals and ethics to get the training for the dream job I thought I wanted.

I thanked him for calling, but I told him that this is not how I had wanted to enter this profession, and if I started this career by sacrificing my morals, it would only go downhill from there, so I declined the job. I promised myself I would only return to the industry when I could do my newscast, on my terms, without the censorship, ego and back-stabbing that I had been witnessing in the industry, and among many classmates in my program.

I sometimes wonder if I made the right the choice. Had I been stronger back then, armed with all the knowledge I now have, I think I could have taken that job, and it would not have been a sacrifice, because I would have known how to handle the game. I was very likely not ready however, and that was my first test, to see if I was going to be strong enough to start following the path that would bring me to the service I am now finally offering to the world. Many people are very strong in their careers, but have little or nothing to offer in relationships. Some are extremely dependent upon relations with another and unable or unwilling to be strong and independent.

Countries around the world have a range from one end of the scale to the other, as far as how roles are traditionally perceived in relations between partners. It's not very often that a journalist puts him or herself out on a limb by being vulnerable with one's readers, listeners or viewers. I am about to do this, and I hope you can allow me this, and perhaps find something meaningful in your own LIFE-path to take from my experiences. Two listeners wrote to me last week. Malcolm and Phil shared with me their observation that my energies seemed to be at least a little 'off'.

Malcolm offered a caution that I be careful about my talking about the 'bigger picture' and the 'BIGGER, bigger picture', because I may lose people, and it may seem like I am rambling.